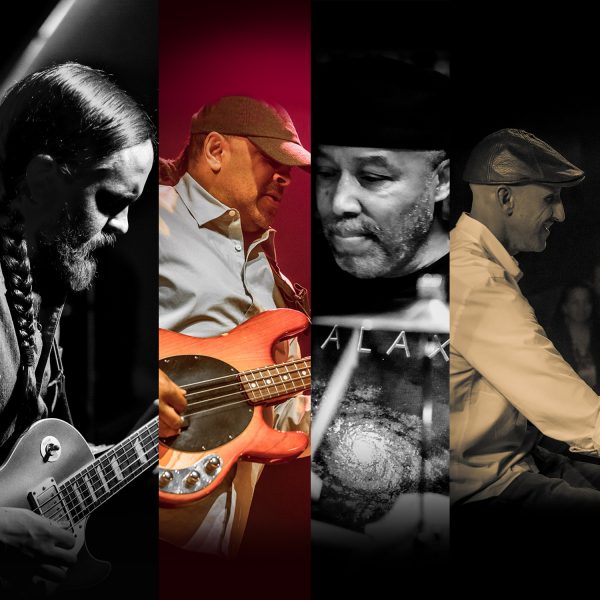 The Taylor Scott Band transcends musical genres by joyously embracing a raft of them. Funk, Soul, Rock and R&B all come together in this Denver-based band’s repertoire, and never more so than on his new album release, “All We Have”, Produced by Steve Berlin (Los Lobos).

Onstage, the road-tested Taylor Scott Band simply kills it night after night. Good luck trying to sit down or stay still. In addition to touring and recording with his own band, Scott has recorded and toured the US, Canada and Europe with blues legend Otis Taylor and in 2015 played alongside the likes of Warren Haynes (Allman Brothers, Gov’t Mule) on Taylor’s critically acclaimed release, “Hey Joe Opus: Red Meat.”

“What truly makes All We Have a success……is Scott’s effortless genius as a boundary-obliterating songwriter….Taylor Scott is absolutely one of the best songwriters you’ll encounter in 2019 plus is a fine vocalist and guitar player.” – Rock and Blues Muse

“With their combination of soul, funk, blues, and rock ‘n’ roll, Taylor Scott’s music is gaining a reputation for transcending the limitations of a single genre.” – Elmore Magazine

Westword Denver says Taylor Scott is ….“becoming a force as a singer-songwriter and bandleader.”

“Hearing Taylor Scott is like hitting the jackpot.  This unassuming kid from Denver is a monster.” – Gigcity.CA

“Somebody Told Me” – Official Video